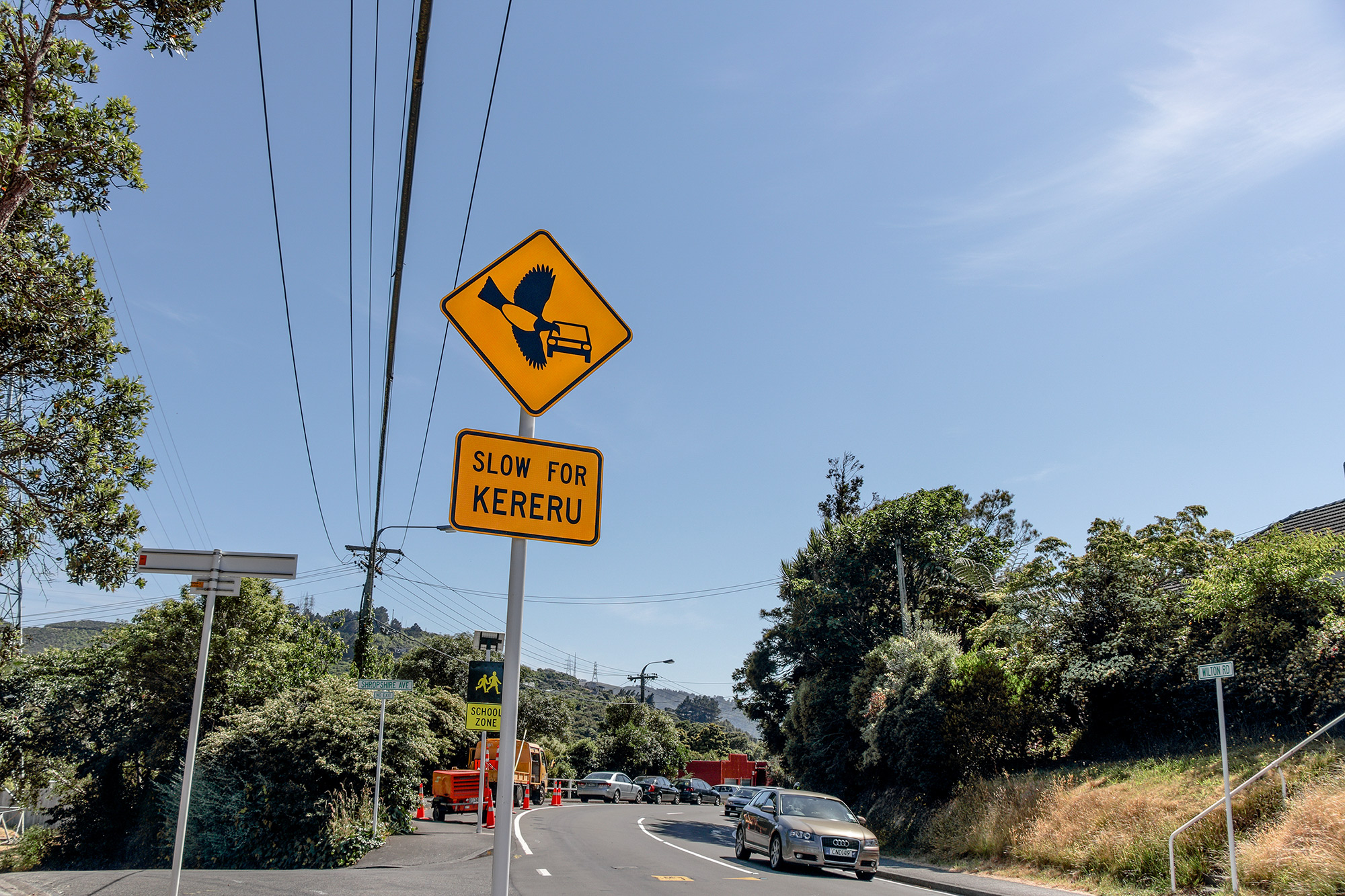 In an effort to make our streets safer and reduce cars killing kererū, Wellington City Council has installed “Slow for kererū” road signs at key locations around Zealandia and Otari Wiltons Bush.

Both of these natural areas are home to many of these big birds which are now often found feeding and flapping around busy roads. Kererū numbers in Wellington are on the increase across the city, but so is bird mortality.

This partnership project between the New Zealand Transport Agency (NZTA), Kererū Discovery NZ and Wellington City Council aims to increase awareness, and encourage drivers to slow down to avoid hitting kererū. The desire for the project came from Tony Stoddard at Kererū Discovery. Tony says he knows of at least 30 birds hit and killed by cars over the last year in the Wellington region.

“When taking off kererū often take a while to get elevation and so are at risk of being hit by cars, especially where there is vegetation close to the ground that they are feeding on. It is heartbreaking to pick up dead birds from the roadside.”

Wellington City Councillor Andy Foster says, “Tony got in touch about the problem in July. I quickly found there was no officially gazetted kererū road sign in New Zealand, so the Council Transport team and NZTA did a fantastic and amazingly quick job designing and then legally gazetting these signs, which can now be officially used across the country. We just want drivers to be aware and to slow down a bit. Nobody wants to kill one of these wonderful birds, and slowing down in these areas will be good for human safety too.”

Tony, who also manages the annual Great Kererū Count says, “It is wonderful seeing more and more kererū in Wellington. In September this year, a total of 3804 kererū were counted from 1921 observations in Wellington City.

“That doesn’t mean 3804 separate birds, but this was the highest level of community involvement in the country, and in doing this Wellingtonians are helping to get a better understanding of kererū numbers and distribution across New Zealand.”

Councillor Foster, Wellington City Councils Predator Free Wellington portfolio leader says, “Habitat for kererū and other native birds in Wellington is improving all the time with land protection, active and passive regeneration and increasingly intensive predator control across the cities reserves and backyards. It is just fantastic that Wellingtonians care so much about the natural environment and are getting actively involved in restoring it. In a way, these kererū signs are also a little symbol of our collective progress in that restoration journey.”