The Great Kererū Count 2021 – The Final Count Down

It’s time for the Great Kererū Count 2021. Whether you are inside your bubble, or just out of it, make sure you count all the Kererū you see between 17 and 26 September.

This is the last year of the Great Kererū Count. After this, there will be eight years of data which will provide a scientifically robust understanding of trends, and on how best to help kererū.

Tony Stoddard of Kererū Discovery, who coordinates the Count, says that community participation over the last seven years has been a privilege to be part of.

Stoddard, who is a passionate advocate for kererū, encourages everyone to take part in the final count down. “Over the last seven years there has been a total of 52,034 observations, and 119,910 kererū counted. For this final count, it’s important that as many people as possible join in. It’s super easy, good for you, and good for kererū.”

Kererū only live in Aotearoa New Zealand, are protected birds, and tāonga to many. Once there were large flocks of kererū, and now they are mostly seen singly or in small numbers perching on trees or overhead wires. Kererū are critical in keeping native forests growing because they are the only way that seeds of large native trees like tawa, taraire, hinau and miro are dispersed.

Dr Stephen Hartley, Director of the Centre for Biodiversity & Restoration Ecology at Victoria University of Wellington, says that last year there was a 50% increase in sightings from 2019.

“Despite this, there is a worrying recent report from the NZ Bird Atlas that numbers may be declining in the South Island. The Great Kererū Count is about New Zealand working together as community scientists to gain a better understanding of kererū so we can help them thrive. Whether you see any kererū or not, sharing observations is helping us get a great picture of where kererū live, their abundance, and most importantly how best to protect them.

From the data we already have, we know that some of the best ways people can help kererū in their community is by planting trees like kowhai which is the most common tree people have seen kererū feeding on.”

Dr Hartley also expects to see the importance of pest control for boosting kererū numbers. Kererū lay a single egg which is very vulnerable to being eaten by rats, possums and stoats.

Although this is the last year of the Great Kererū Count, Kererū Discovery will continue so that people can keep sharing their stories and encounters and continue to build a shared understanding of kererū. Analysis of the eight years of data will be completed by Sam Rammell a post-graduate student at Victoria University of Wellington.

The Great Kererū Count is a collaborative project by: 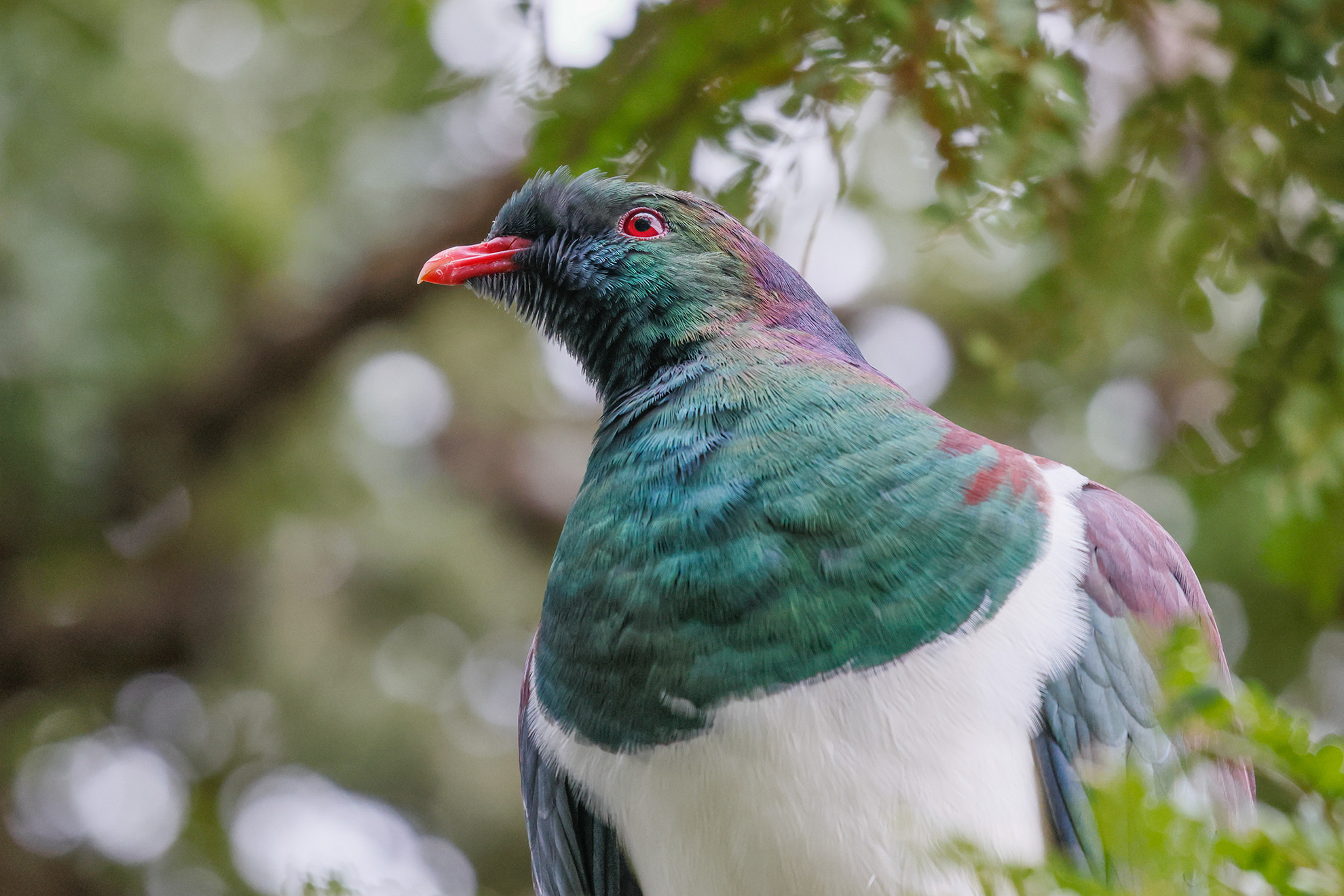 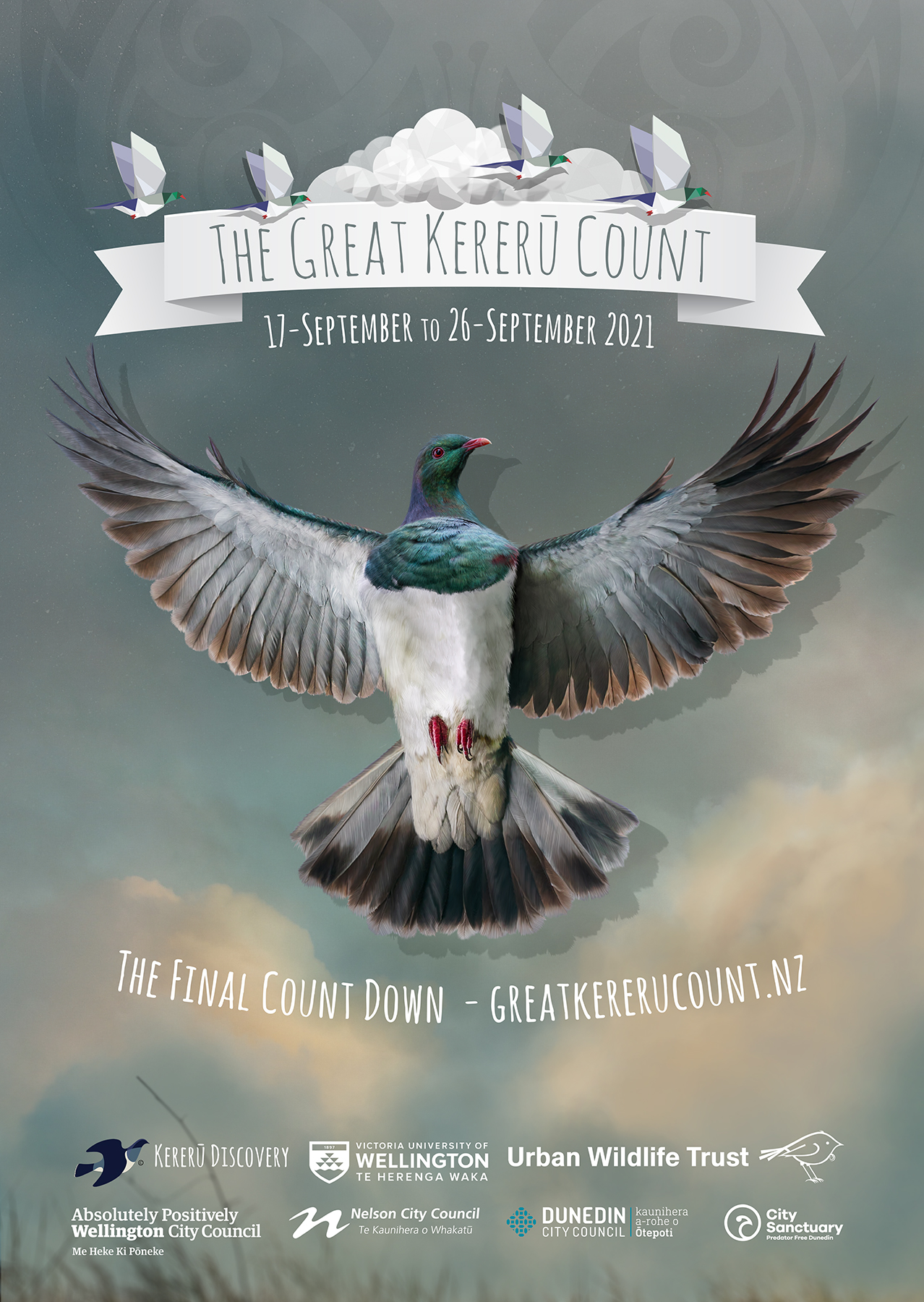